Refugee Aid Serbia (RAS) has received volunteers from 40 countries. This is the story of those who decided to make a difference.

Throughout the summer of 2015, tens of thousands of refugees and migrants have been streaming across Europe. The majority are Syrians escaping the nearly five-year civil war that has ravaged their country and the squalid conditions in refugee camps in neighbouring Turkey, Lebanon and Jordan. The most popular route through Europe runs through Belgrade, on the way to the Hungarian border.

When the city’s government said it wouldn’t be providing aid to the new arrivals as they were only “passing through,” local groups decided to step in. A coalition of nine local NGOs, groups and charities formed Refugee Aid Serbia (RAS) in August to mobilise local support. They set up the vibrant aid centre of Miksaliste, around the corner from the public parks where hundreds were sleeping in the open.

Since then, RAS has received overwhelming support from both local residents – who are donating clothes, food and supplies by the box load – as well as donors from all over Europe. Local companies have been contributing services and goods to keep RAS stocked with supplies.

Groups of volunteers arrive daily from Sweden, Croatia and elsewhere. Since its founding, RAS has received volunteers from 40 countries. This is the story of some of those volunteers – local and international – who decided to make a difference.

Read more about RAS at IRIN 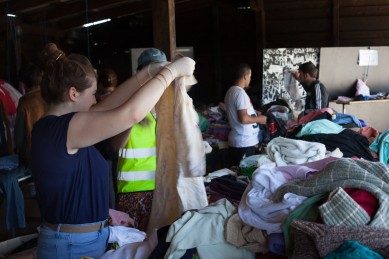 A mother hugs her daughter at the reception centre 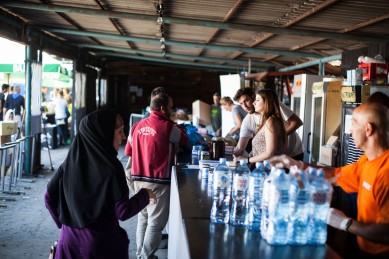 Food and water and handed out by volenteers

Men wash in taps in the park in Belgrade 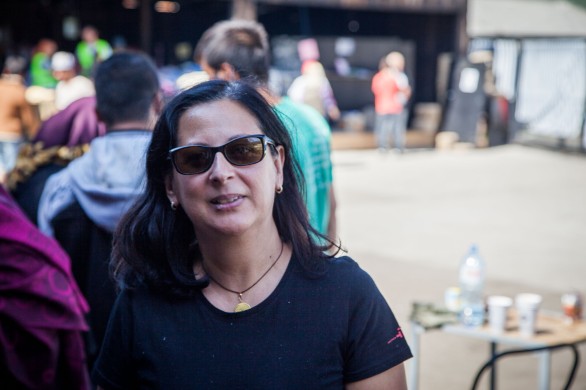 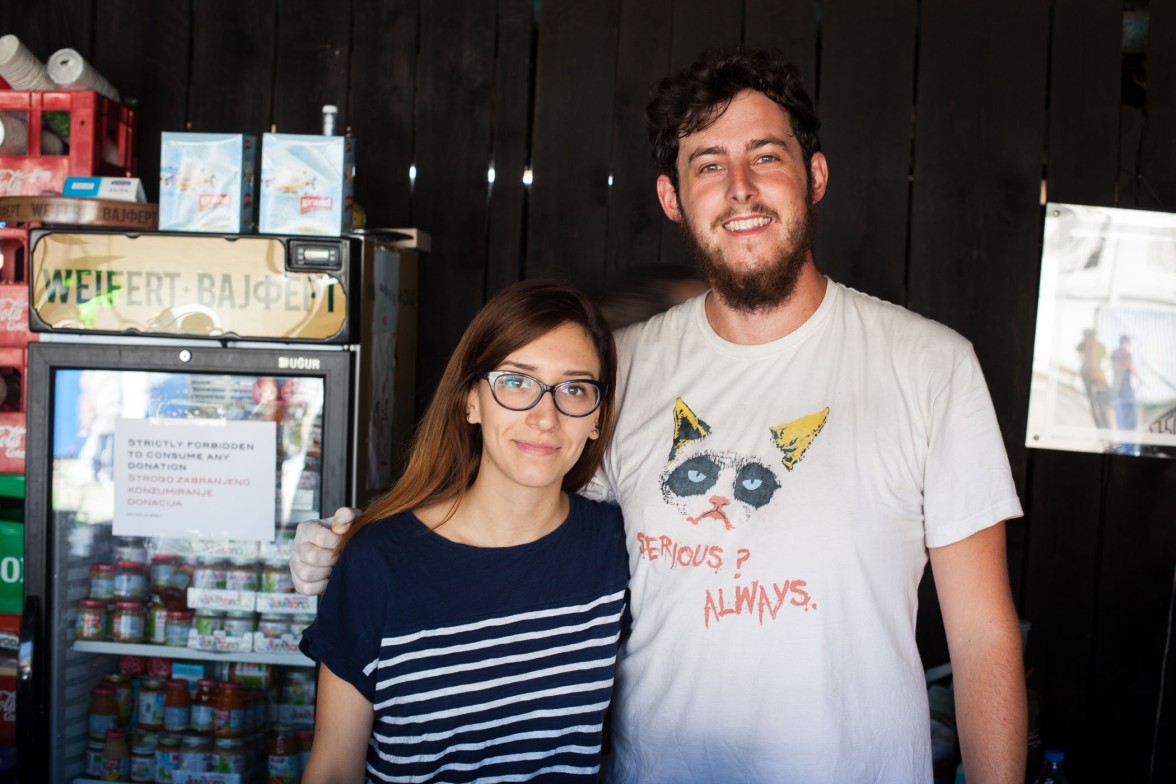